Interviews are a recognized and valued method for obtaining research data. Usually,  these data are drawn from the content of interviews. However, words and prosodic elements that accompany them may reveal complementary, and even contradictory information, that substantially alters the researcher’s first impression. After the publication in September of 2018 of the document COAlition Plan S which announced that  research results funded by European institutions would have to be published in Open Access from 1 January 2020 (later postponed to 2021), 10 experienced researchers were interviewed on this topic. It is these interviews that will be the focus of this paper: theinterviewees’ discourse and its meaning. To develop this research, the Appraisal Theory (Martin and White 2005) was selected. Even though it was originally designed to study the English language, the Appraisal Theory framework proved to be very useful for analysing the researchers’ attitudes towards Open Access (OA) through several Spanish and Catalan language strategies. In addition, as interviews were audio recorded, it was decided to complement the linguistic analysis by paying attention to paralinguistic resources. The multimodal analysis of Appraisal in these researchers’opinions reveals the dilemma they are faced with, either to publish in a limited number of less prestigious journals using Open Access, or to pay very high fees to use Gold Open Access. 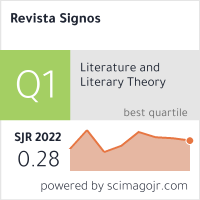